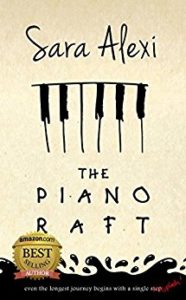 I’m delighted to be reviewing this lovely book today.

The Piano Raft is an unforgettable, heart-warming story about love, a piano and a hand-built raft that will have you enthralled, laughing and sitting on the edge of your seat as you sail (precariously) upon the rivers and canals from Yorkshire to London.

When I was asked if I was interested in reviewing this book it immediately captured my imagination. The idea of a man travelling on the canals to London on a raft with a piano and a rocking chair to win back his girlfriend is such an engaging one.

This is my first book by Sara Alexi and I enjoyed it immensely. It’s like the Harold Fry of canals. Neil sets off on his journey and meets so many interesting people along the way. He takes his dog, Bushy-Mush with him and ends up with a kitten called Fuzzy-Pants too.

The Piano Raft is such an endearing story. It’s all about finding out what’s important to you and going out and getting it, but not trampling all over everybody to do so. Neil is somebody who has been drifting and when his girlfriend, Kimberley, leaves him for a job in London he’s upset but it’s when he gets drunk one night and the next morning finds himself drifting away on the raft that his journey (hopefully) back to Kim begins.

I liked Neil as a character, in fact I liked everybody in this lovely book. Sleet is his best friend and his partner in apathy but still hugely likeable. And the people Neil meets on his journey are so colourful and interesting, particularly Quentin.

Sara Alexi has a lovely writing style. At no time did this book get overly sentimental but yet it was so charming. I’m so glad I decided to read it as it was a real pleasure.

With thanks to the author and Twinkle Troughton for the review copy. The Piano Raft is available now in ebook and paperback. 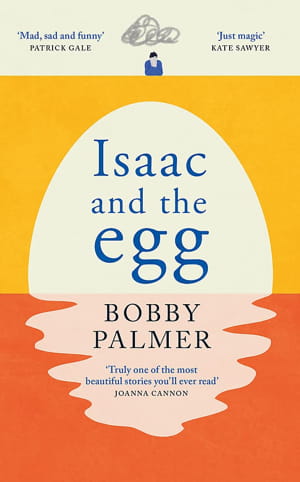