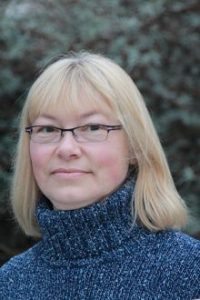 I’m delighted to have a guest post from Nicola Cornick today.  Nicola is the author of The Phantom Tree which I reviewed last week here.  It’s a fabulous read and I was interested in how she weaves together fact and fiction to make a really compelling story.  Over to Nicola:

The weaving together of fact and fiction in a historical or dual timeframe novel is always a delicate business. Too many liberties with historical fact and an author can be accused of inauthenticity. Yet to an extent all historical writing is a matter of interpretation and it is just a question of how far we take that. I was trained as a historian so I like to get my historical framework as accurate as I can. However I’m also interested in exploring in fiction the gaps between the historical records. In the case of Mary Seymour, whom I wrote about in The Phantom Tree, there are few historical facts. We know that she was born at Sudeley Castle in August 1858, the daughter of Katherine Parr and Thomas Seymour. Her mother died only days later and her father was executed for treason within the year. She was sent to live with Katherine Duchess of Suffolk, an old friend of her mother but after a couple of years the trail goes cold. There are no references to Mary Seymour in any documents, or is there any hint of the course her life took, nor record of her death.  (The image to the right is the only known portrait of Mary Seymour, although identification is disputed.)

In telling Mary’s story, therefore, I followed the known path of it to the point that the Duchess of Suffolk fled abroad to escape religious persecution in 1555. We know that she did not take Mary Seymour with her. On the assumption that Mary was still alive, I looked around for somewhere she might go as a child of seven. The obvious place was Wolf Hall. Neither the Seymour nor the Parr family had taken Mary in after the death of her parents but this did not mean that she would be cut off from them forever. It was a fascinating exercise to explore the idea of what Wolf Hall might have become by the 1550s, when the famous Seymours of a previous generation were all dead. From Wolf Hall I took another leap of historical imagination when Mary went to Middlecote Hall. Middlecote is actually based on Littlecote Hall (see left), a historic house near Hungerford in Berkshire. During the Tudor period it was owned by a family called the Dayrells who were related to the Seymours in precisely the way the Fenners are in The Phantom Tree. As I mention in the story, the ties of kinship would involve many distant cousins and were important in Tudor society. I used the story of the Dayrells as the inspiration for Mary’s time at Middlecote.

There are no historical facts that have so far given a definitive explanation as to what happened to Mary Seymour. Some historians have suggested that she died as a child, others that she lived into adulthood and married. Within those gaps in the record lies the inspiration for a novelist and the opportunity to weave fact and fiction.

Thank you so much for that fascinating insight, Nicola.  I wholeheartedly recommend The Phantom Tree – it’s wonderful.

Nicola Cornick is an award winning novelist and historian who wrote over thirty best-selling historical romances before she changed genre to write historical mystery.  She studied History at the University of London and at Ruskin College Oxford. Nicola volunteers as a guide and researcher for the National Trust at Ashdown House and acts as a consultant for TV and radio history programmes.  In her spare time she is a guide dog puppy walker.