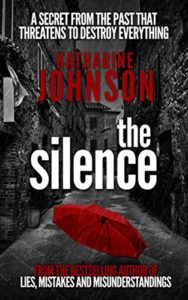 And now I have a character spotlight post from the author which is all about the main character, Abby.

When did you create Abby?

I created the child Abby several years ago but the older Abby took longer to get right. The child Abby is twelve when she first goes to stay in Tuscany and thirteen when she returns the following year.  She’s shy and awkward and still recovering from her mother’s death so rarely speaks. She doesn’t want to go but neither does she want to go on honeymoon with her father and stepmother. On the other hand, she is a bit excited about meeting her uncle, a famous writer of children’s stories. Despite their differences, she makes a connection with Philippa, her elder cousin and the two become inseparable. The following year she returns, excited to be seeing Philippa and the villa again, but much has changed.  The adult Abby loves her career and her family. She would do anything to keep them safe and protect them from knowing the truth about her past. She has apparently dealt with the past by blocking it out, which she is largely due to her methodical character. She has focused all her energy on studying and then work. By putting mind over matter, she has almost convinced herself that nothing happened and has boxed that whole episode away. But when the past starts to intrude in her present life she’s torn between her need to establish the truth and her need to protect those she loves from it.

That’s an interesting question. I think one fed off the other. I wanted to write a book about someone with a secret and I love coming of age stories where somebody goes through a life-changing experience that shapes their future as an adult.

I would like her to be more honest, although I can understand why she isn’t.

Did your early readers/editorial team like Abby to start with or did you have to change her in any way?

When I sent the story to my beta readership and the editor, I attached a series of questions about each character including my main worries about Abby, but the reaction to her was positive

Does she have any similarities with anyone real?

Probably random bits of lots of people but she isn’t consciously based on anyone.  I’ve just inhabited her head and thought with her thoughts.

What are your plans for her?

My aim for the story was to show how the troubled child becomes the high-functioning, family-oriented adult despite her past and how she deals with the past making a reappearance.

Would you be friends in real life?

Oh, I wonder. That’s a bit unfair as I know more about her than I would in real life.  She would be keeping a lot back but like most people I suspect I would be unaware of that.  I would think she was a private person rather than someone with a secret.  Yes, I would be friends with her.

Thanks, Katharine, that’s a really interesting and honest look at Abby.

The Silence is available now in paperback and ebook. And you can try and win one of two ebooks by entering this giveaway:

Don’t forget to check out the other fabulous blogs on the tour. Katharine Johnson is a freelance writer and editor and has worked for a variety of magazines. She has a passion for crime novels, old houses and all things Italian (except tiramisu). She grew up in Bristol and has lived in Italy. She currently lives in Berkshire with her husband, three children and madcap spaniel. When not writing, she plays netball badly and is a room guide in a stately home. Her next novel The Silence, a psychological/coming of age story set in Tuscany will be published on June 8th.