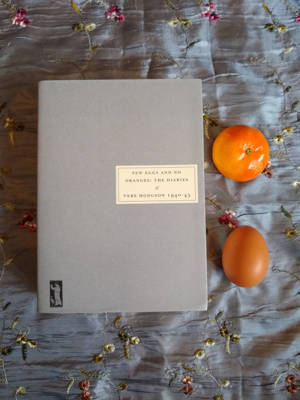 Welcome to what is likely to be a very occasional series of posts about either books I read pre-blog which I’d like to showcase now or books that I’m reading now that have been on my TBR (to be read) pile for a while.

I decided to begin with Few Eggs and No Oranges by Vere Hodgson. It was first published in 1976 and then revived in 1999 by Persephone Books, a publisher that specialises in republishing neglected fiction and non-fiction by (mostly) women writers.

I read this book in April 2012 so please do bear in mind that my thoughts were never intended for view anywhere except for Amazon so my review is a bit ropey. However, I hope that I can whet your appetite with my brief review below.

You can read more about this fascinating wartime diary on the Persephone website. The title chimed with me right now as I’ve struggled to get eggs in these Covid-19 times. Despite currently living through a pandemic, at least we don’t have nightly bombing raids to deal with as well!

Vere Hodgson worked for a Notting Hill Gate charity during the Second World War; being sparky and unflappable, she was not going to let Hitler make a difference to her life, but the beginning of the Blitz did, which is why she began her published diaries on 25 June 1940: ‘Last night at about 1 a.m. we had the first air raid of the war on London. My room is just opposite the police station, so I got the full benefit of the sirens. It made me leap out of bed…’

The war continued for five more years, but Vere’s comments on her work, friends, what was happening to London and the news (‘We hold our breath over Crete’, ‘There is to be a new system of Warning’) combine to make Few Eggs and No Oranges unusually readable. It is a long – 600 page – book but a deeply engrossing one. The TLS remarked: ‘The diaries capture the sense of living through great events and not being overwhelmed by them… they display an extraordinary – though widespread – capacity for not giving way in the face of horrors and difficulties.’ ‘A classic book that still rings vibrant and helpful today… a heartwarming record of one articulate woman’s coping with the war,’ wrote the Tallahassee Democratic Review.

Phew! I made it to the end of this almost 600 page diary of London in wartime. It’s an amazing record of what life was like in our capital city from the time that the bombing raids started in earnest in June 1940 until the end of the war in May 1945.

Vere Hodgson is an interesting diarist and I think this book will stand the test of time as a true account of the war. I would probably have liked a little more depth to the people she wrote about, but apart from that I think this book was a really good read. She wrote the diary initially to send to her cousin, who had moved to Rhodesia, but I think that by the end a number of people overseas were reading it.

Several things really struck me, such as the constant, night after night, raids during 1940. I wonder how Vere would have felt writing about it if she had known the war would go on for another five years. Also the rationing and the difficulty in getting hold of fruit. When it was available it was often extortionately priced. And simple things like trying to buy sheets was virtually impossible. I could go on, but basically the diary was an eye-opener in that although I knew about these things, actually reading them from the point of view of somebody who was there really brought it home. Look at the gorgeous endpapers!

Winifred Vere Hodgson was born in 1901 in Edgbaston, Birmingham, where her widowed mother ran the family home as a boarding house. Vere, named after an uncle who was the marine biologist on Captain Scott’s ship, read History at Birmingham University, taught first at the Poggio Imperiale, the former Summer Palace of the grand dukes of Tuscany which had been turned into a ‘rather select girls’ school’ (Mussolini’s daughter was a pupil), and later on at a school in Folkestone. From the early 1930s she helped to run a local charity in Notting Hill Gate. Vere kept a diary from girlhood onwards and in 1976 edited her 1940-45 diaries for publication as Few Eggs and No Oranges. After her retirement she went to live in the village of Church Stretton in Shropshire, where she died in 1979.