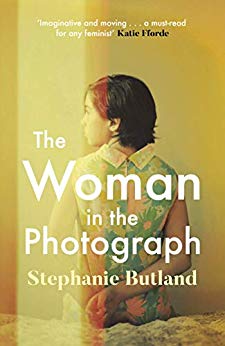 ShortBookandScribes #BookReview – The Woman in the Photograph by Stephanie Butland

I’m delighted to be sharing my thoughts about The Woman in the Photograph by Stephanie Butland today. I was lucky enough to receive a proof copy from Clare Kelly at Zaffre and at the same time won a finished copy through Readers First. Thank you to both! Three friends and I had planned a buddy read of this book and so I was able to send one of my copies onto one of them.

An empowering, thought-provoking feminist novel that will change the way you see the world. Perfect for fans of Elizabeth Day, Claire Fuller and Joanna Cannon.

The Woman in the Photograph was one of those books I kept seeing everywhere and which I desperately wanted to read. I just loved the sound of the story.

There are two women at the heart of it: Veronica Moon and Leonie Barratt. Veronica is a woman fairly typical of the time (1968). She’s engaged, expected to marry and have children and settle down, always deferring to the man in her life, be it her father or her husband. However, she’s also got a fairly radical job for a woman, she’s a photographer at the local paper. When she decides to go to the Dagenham Ford Factory, where the women workers are striking, she meets someone who will change her whole life: Leonie.

Leonie is an incredibly forward-thinking and forthright person, intellectually and physically bulky. Vee has never met anyone like her and they become good friends, and Vee also becomes a sister of the feminist movement.

I loved the way this novel was constructed. In six sections with photographic themes (Subject, Light, Focus, Distance, Movement, Exposure) we are first of all given the lowdown on one of Vee’s most famous photographs (for she went on to become well known in her field) which form part of an exhibition curated by Leonie’s niece, Erica. We also go back to the time of each photograph to see what was happening in Vee’s and Leonie’s lives. Interspersed within this are sections looking at Vee now, and also at Erica and how they react to the dealings they have with each other.

I will say that I found this book difficult at times because I couldn’t take to Vee or Leonie. The latter, in particular, I found really quite unpleasant and rude. I know we’re looking at different times but I just couldn’t countenance her behaviour somehow. Vee was a bit in between for me, in that she sometimes bent a little rather than being totally uncompromising like Leonie. I feel like this view makes me a bad feminist! I found Erica so much easier to like, I guess because her views are maybe more like mine.

Whatever, it’s an incredibly thought-provoking book. I read it as a buddy read with some friends and it gave us plenty to talk about. At the beginning of each section there are some facts about the time in relation to women which I found both fascinating and eye-opening.

One thing that really stands out is the friendship between Vee and Leonie and the great impact that Leonie had on Vee. She literally did change her life and her whole outlook.

What an accomplished novel The Woman in the Photograph is. I know that I wouldn’t have been friends with Vee or Leonie but I’m so pleased to have been able to bear witness to their stories.

Stephanie Butland is a writer, who is thriving after breast cancer. (She used to say she was a survivor, but that was a bit lacking in joie de vivre.)

Although she’d never have chosen it, her dance with cancer has changed her life in many positive ways. Now she is happier, healthier, and more careful with her precious life and the precious people and things in it.

Her writing career began with her dance with cancer, and now she is  a novelist.

Aside from writing, she works as a speaker and trainer, and she works with charities to help raise awareness and money in the hope that cancer will soon be about as scary as a wart.

She lives in Northumberland.