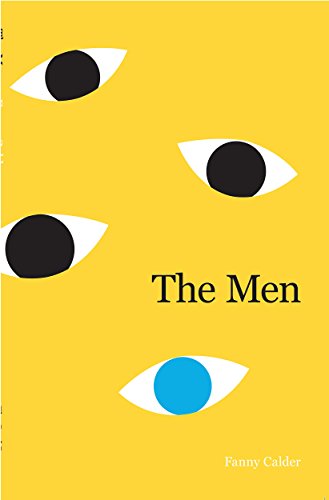 The Men by Fanny Calder is my review for today. It’s not the easiest of reads but I’m pleased I gave it a go. My thanks to Sue Fuest and The Real Press getting in touch and for sending me a copy of the book for review purposes.

This is an unusual read with a pared back quality to the writing. Although it’s a novel, it’s based on the author’s own experiences in the 1990s and certainly reads better as a memoir.

Our unnamed narrator tells us about thirteen of the men who have been a part of her life, starting with The Singer, the one who affected her most deeply and in the most enduring way. Not all the men are ones she had relationships with, some are friends, but each makes an impact on her life. Some I liked more than others (I wasn’t at all impressed with Noel but I did like The Transvestite!). Each one has his own chapter but there is some overlap too.

There’s a strange lack of emotion in this book, it’s all very matter of fact. The narrator seems to flit around from party to party, man to man, in a rather careless fashion. Yet there’s a sense of sadness underlying these episodes, a feeling of a woman who is unfulfilled in many ways.

I’m not sure this book was quite my thing. Maybe I need to feel more for the characters, maybe I need more emotion in the writing. Despite that, I think it’s a book that has its own appeal, a vulnerability in the telling of the way the relationships affected the narrator. Maybe she had to take a step back to deal with it. Anyway, I’m glad I read it, not least because I thought it had a touch of the Sex and the City vibe to it, those heady days partying with friends. Fanny Calder is a writer and environmental campaigner who lives in London with her daughter, her poodle and her whippet. She no longer goes to quite so many parties.