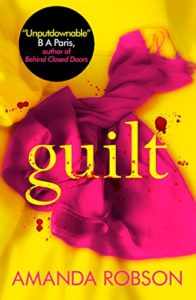 Oh, how I wish I had had time to read this book before today as it sounds amazing. But, as often happens, time got away from me so instead I’m sharing an extract with you today. I’d like to thank Sabah Khan from Avon Books for the place on the tour and the review copy of the book.

Your sister. Her secret. The betrayal.

There is no bond greater than blood . . .

When the body of a woman is found stabbed to death, the blame falls to her twin sister. But who killed who? And which one is now the woman behind bars?

Zara and Miranda have always supported each other. But then Zara meets Seb, and everything changes. Handsome, charismatic and dangerous, Seb threatens to tear the sisters’ lives apart – but is he really the one to blame? Or are deeper resentments simmering beneath the surface that the sisters must face up to?

As the sisters’ relationship is stretched to the brink, a traumatic incident in Seb’s past begins to rear its head and soon all three are locked in a psychological battle that will leave someone dead. The question is, who?

Claustrophobic and compelling, Amanda Robson is back in a knock-out thriller perfect for fans of B.A. Paris and Paula Hawkins.

You can buy Guilt now in ebook and paperback.

I watch delicate fingers making the spliff, sprinkling the tobacco, spreading the shaken bud on top of it. Rolling tightly. Licking the edge of the Rizla paper, pressing the paper together with casual but practised insistence. You always roll the perfect spliff, don’t you, Zara? I have never been an expert. I don’t even know where to buy the stuff. But neither of us smoke much. An evening of you to myself. An evening of best Colombian Gold.

We lie on the rug in front of the TV – on our stomachs, facing each other. Your golden eyes sharpen beneath the electric light of the wintry evening as you light the spliff and take the first drag. You inhale deeply, as if you are sucking the elixir of life into your very being. A passing frown as you concentrate. Holding in. Holding in. Holding in. Release. The musky aroma of cannabis spreads thickly around us. Clinging. Sickly. Sweet. You pass the spliff to me. The same routine: holding, holding, release. The cannabis is making me feel floaty.

‘I thought you’d ask that,’ you sigh, looking into the distance beyond me. ‘But it isn’t lust, it’s definitely love,’ you continue. ‘And when you really love someone you want them to love you back. You want to possess them.’ There is a pause. ‘I do worry that I love Sebastian too much.’

I hope that’s whetted your appetite. It certainly has mine! After graduating, Amanda Robson worked in medical research at The London School of Hygiene and Tropical Medicine, and at the Poisons Unit at Guy’s Hospital where she became a co-author of a book on cyanide poisoning – a subject which has set her in good stead for writing her dark and twisting novel about love affairs gone wrong. Amanda attended the Faber novel writing course and writes full-time. Obsession was her debut novel.